Stan Shipping Agency was registered in October 1994 in Gdynia as a Sole Proprietorship.

Its founder, Mr Stanisław Żurkiewicz, as a partner in the SeaBis Shipping Agency, was one of the founding members of APMAR (Association of Polish Manning Agents and Recruiters).

The first headquarters of Stan Shipping Agency, were located in Gdynia, Al. Zjednoczenia (now Al. Jana Pawla II). During the first years of its operations, the company focused on the recruitment of officers, ratings and ship repair groups from Poland and other Eastern European countries for the Norwegian ship owners and managers. Also on training of manpower and agency services in Polish ports and shipyards. 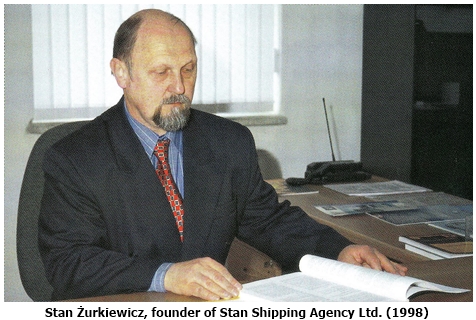 Implementing development plans, the company formed a business partnership and a network of cooperating agencies in Lithuania, Ukraine and Russia.

As part of the strategy to establish close partnerships with Customers, Stan Shipping Agency Limited transferred part of the crewing activities to a newly created company called Geo-Marine and repeatedly changed ownership.

After joining EU, the company’s activities were extended to the recruitment of workforce for shipyard, refinery, offshore and other industries, as well as the trade tests and related range of health & safety courses.

In 2013, activities related to trade tests and training were separated from the structure of the company and taken over by a subsidiary, Offshore Training Centre.

In subsequent years, the company was led by Messrs Stanislaw Żurkiewicz, Robert Kaczmarek and Michał Gosiewski. Today, that position is held by Mr. Martin Skocki.

Stan Shipping Agency Limited has a Quality Management System ISO 9001, licence of Employment Agency and meets the requirements of the MLC 2006.

To carry out tasks related to the recruitment and personnel management, the company uses dedicated and advanced IT tools.

In 2015 the company finalised more than 1,800 employment contracts to 20 foreign employers.

In order to balance supply and demand Stan Shipping Limited is conducting intensive marketing activities using for this purpose an associated equity company Nordic Link Services as well as agents and consultants abroad. 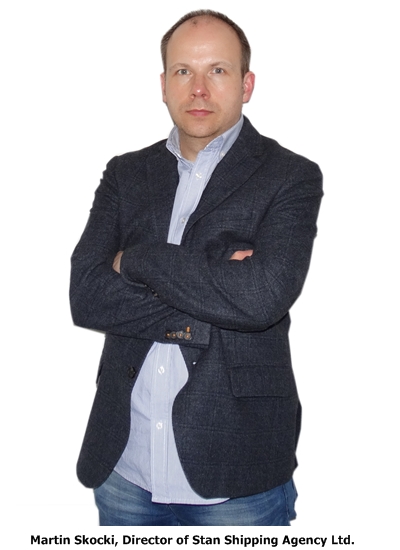 Important dates in the history of the company:

1998 - Change of activity to the limited liability company and the transfer of headquarters from Gdynia to Gdansk.

2003 - Commissioning of one of the first online databases of seafarers and onshore staff in Poland.

2003 - Recruitment of the first land-based personnel to work in Norway.

2004 - Recruitment of the first land-based personnel to work in the UK.

2006 - Organization of the first trade tests for personnel from shipbuilding and oil & gas industries.

2008 - Recruitment of the first land-based personnel to work in the Netherlands.

2014 - Recruitment of the first land-based personnel to work in Malta.

2016 - Obtaining the certificate issued by the Maritime Office in Gdynia, confirming compliance with the requirements MLC 2006.

2017 - Renewal of the quality management system certificate in accordance with the requirements of ISO 9001:2015.

2017 - Recruitment of the first land-based personnel to work in Denmark.

2018 - Obtaining Document of Compliance (DoC) under the authority of the Government of the Kingdom of Norway. Company Safety Management System (SMS) meets requirements of ISM Code for other cargo ship type.

2018 - Recruitment of the first land-based personnel to work in Sweden.

Cookies
We use "cookies" (cookies) to gather information related to the use of the site. We use the cookie files allow you to maintain the session after logging in and creating statistics of subpages. You can turn off this mechanism at any time in your browser settings. Using our website without changing the settings for cookies is that they will be stored in your device.